Delos must always raise some astonishment when one compares its size to its history. Although a small, rocky island, no more than 5 Km long and 1.300 m. wide, for ancient Greeks it was the most sacred place, as it was the birthplace of Apollo and Artemis, two of the most important deities of the Greek pantheon. It is situated in the heart of the Aegean, in the centre of the Cyclades that form a dance circle around it; “hearth of the islands” Callimachus (3rd cent. BC) calls it, i.e. shrine and centre of the islands.

The ships, arriving continuously at the harbours of Delos, carried not only merchandise but also people, news and ideas from almost every Mediterranean city. The whole world seemed like a small neighbourhood ringing the sea that brought them together and brings us together. The Mediterranean Sea, where the mystic East and the active, progressive, West encounter the Greece of reason, balance and harmony, the place where reason and sentiment coexist harmonically and an exuberant love of life is balanced with a tempered submission to destiny. 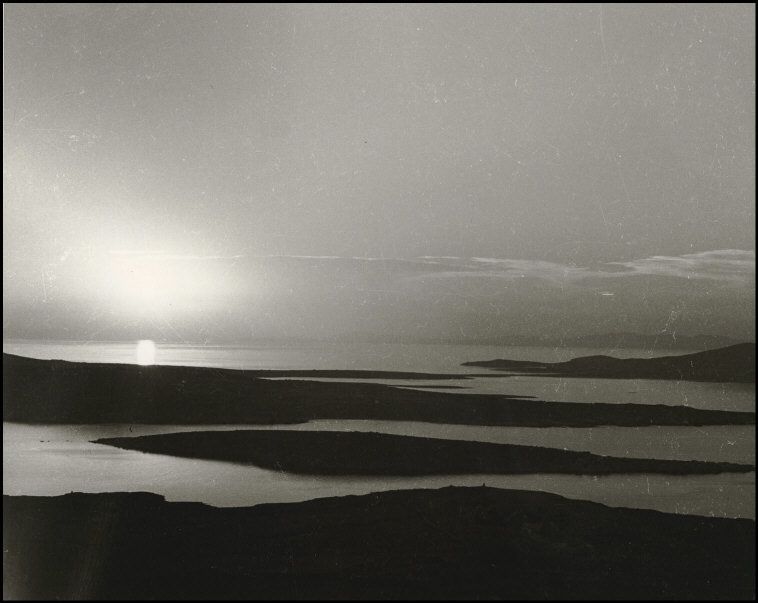 It is estimated that, circa 90 B.C., about 30,000 people lived on this small island, which is no more than a dot on the map of the Mediterranean. The names inscribed on the tombstones in the ancient cemetery provide us with evidence that during the 2nd c. B.C., apart from the island’s majority of Athenian and Roman residents, Delos was populated by folk from most Mediterranean cities: from the Peloponnese and Italy, from mainland regions, the Black Sea and Asia Minor, from the Aegean Islands, Cyprus, Crete, and faraway places including Troas, Mysia, Aiolis, Ionia, Lydia, Caria, Lycia, Bithynia, Paflagonia, Pontus, Cappadocia, Pisidia, Pamphilia, Cilicia, Syria, Media, Phoenicia, Palestine, Libya, Arabia and Egypt.

At this time, all these people, in spite of their varied nationalities and different historical and cultural backgrounds, managed to forge a peaceable society. They communicated with each other in spoken and written Greek, the inter-national language of the period, adopted the Greek lifestyle, lived in Greek-style houses and built Greek temples, where they freely worshiped the gods of their homelands. The islanders worked companionably and enjoyed community life, while their children played together, studied at same Gymnasium, and trained in the same Palaestrae.

Greeks, the antithesis of the zealous followers of monotheistic religions, were always willing to accept that their neighbour’s god was indeed a god, often one of their own gods with a different name. Apollo, although a little hesitant at first, soon did not object sharing his island birthplace with Sarapis, Isis, Harpocrates and Anubis, or the God of Israel, the Gods of the Arabs, Atargatis and Adad, the Gods of the Phoenicians and the Roman Gods. So, perhaps for the first time in human history, in this small corner of the earth almost all the Mediterranean peoples co-existed in harmony.

The earlier inhabitants of Delos build (ca 2.500 BC) their simple dwellings on the top of the low hill Kynthos, where from they could easily inspect the sea around the island for coming enemies. The Mycenaeans, who came later on (end of 15th cent. BC), felt confident enough to settle in the small valley by the sea.

The Apollonian sanctuary, established at least since the 9th cent. BC, reached the peak of its glory during the archaic (7th-6th cent. BC) and classical (5th-4th cent. BC) period, when Hellenes from all over the Greek world gathered there to worship Apollo, the god of light, harmony and balance, and Artemis, the moon-goddess, his twin sister.

By the end of the 5th cent. BC there were already some houses and farms around the sanctuary. The town seen today developed rapidly after 167 BC, when, as a result of the declaration of Delos as a free port, all the commercial activity of the eastern Mediterranean was congregated on the isle. Rich merchants, bankers, and ship-owners from all over the world settled there, attracting many builders, artists and craftsmen who build for them luxurious houses, richly decorated with statues, frescoes and mosaic floors. The small island became soon the maximum emporium totius orbis terrarum – the greatest commercial centre of the world.

It is estimated that at the beginning of the 1st century BC, some 30.000 people were living on this little island that is no more than a dot on the map of the Mediterranean, and that it is likely that 750,000 tons of merchandise could be moved through its ports in a year.

The prosperity of the island and the friendly relations with the Romans were the main cause of its destruction. Delos was attacked and looted twice: in 88 BC by Mithridates, the King of Pontus, an enemy of the Romans, and later, in 69 BC, by the pirates of Athenodorus, an ally of Mithridates. Since then the island was gradually abandoned and fell rapidly into decline.

The excavations, that started in 1872 and are still in progress, have unearthed the Sanctuary and a good part of the cosmopolitan Hellenistic town.